how did nietzsche's ideas influence the nazi regime? 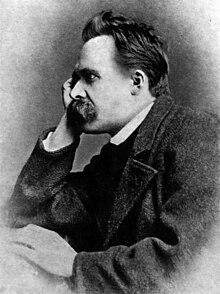 This is going to be an ongoing branch of research that I will continually update :)

How did the work of Nietzsche influence the Nazi regime in the Third Reich?

Recently I've become obsessed with listening to the TSL podcast (Freedom, Books, Flowers & the Moon) and one that particularly peaked my interest the other day was with biographer Sue Prideaux discussing the life and work of 19th century German philosopher and cultural critic Friedrich Nietzsche and how his ideas came to be associated with Nazi Germany. Despite having never even heard of Nietzsche before, my avid interest in absolutely anything to do with Hitler and the Nazi state drew me to this episode immediately - and I was enthralled.

One of the things that Sue Prideaux mentioned that stood out to me was that, had Nietzsche lived to see the rise of Nazism in his home country, all evidence suggests he would have absolutely opposed almost everything it stood for, been disgusted by the Fuhrer’s fascist ideology - so why was considered the “philosopher of Nazism”? Thus this little research project has been born, to find out about some of Nietzsche’s most famous work, and how Hitler turned his ideas into racist slogans.


Background:
Nietzsche was born in 1844, the son of a priest in a tiny hamlet. When he was 3, his father began to exhibit symptoms of insanity and died a year later.
He was good friends with Vagner, with whom his relationship was very important to him. Vagner was a musical giant at the time, so of course his admiration here was obvious, but he too was also very much an outsider and needed respectable imprimatur. Vagner was always rather flamboyant and bossy, but Nietzsche didn't really mind this as he was starved of intimacy at home.
In 1867, Nietzsche had to do military service and was in the cavalry. In 1870, when the Franco-Prussian war broke out, he volunteered as a medical orderly and was sent to the battlefields to look after the wounded. While there, he saw some horrifying sights and became very ill.
Eventually he died of insanity like his father - people speculate over whether this was due to heridatory insanity or syphilis.
Nietzsche hated the anti-semitism and nationalism that Germany was using as props, but his sister Elizabeth was madly anti-semitic and married a leading anti-semitic agitator. They decided the only way to make a pure, uncorrupted Germany was to go out to Paraguay with a band of pure-blooded Aryans. They were granted some land by the government, took money from the colonists, and never put any money into road/sewage but Elizabeth still pretended the whole thing was a great success.
Meanwhile, at this time, Nietzsche had gone mad and there was a great interest in him so she went back to Germany and built an archive for him, filling it with people of her own political persuasion, the national-socialists who would become the Nazis. Hitler came to visit the archive when he was Fuhrer and when Elizabeth died, he came to her funeral.
It was at this point when Hitler decided to take Nietzsche’s ideas and turn them as racist slogans. If you read Nietzsche's philosophy properly, there’s no way you could associate it with the Nazi fascism and he himself would likely be horrified if he know that’s what his work was being used for. However, Nietzsche did understand the danger of words, that the pen is mightier than the sword; his book ‘Human All Too Human’ is described as ‘dynamite’. He did realise that if you put extreme thoughts down on paper, they can be interpreted in many ways, and that is just what happened.
Nietzsche originally began as a cultural commentator, and really his immediate effect is far more on culture than philosophy.

If Nietzsche were alive in today’s world, he would love the free-thinking, how the age of the herd has gone - he was always one for the individual not the doctrine. Ultimately, whether we realise it or not, we are all just trying to find the Ubermensch in ourselves
I think he would probably be horrified that the phenomenon of fake news still prevails in today's society. He always said you need to look at the perspective from which information is coming and then judge it; the fact we’re still being fed such propaganda seems silly when we live in such a free world.
One of the problems of today is people suffer from resentment. Nietzsche says you won’t get anywhere until you purge yourself of resentment/guilt - if we could go forward from feeling like our neighbours are better than us, we would live much better lives.
Nietzsche always had the most amazing faith in human potential, that anyone can become the Ubermensch.


How the Nazis exploited Nietzsche's work
Here are a few of Nietzsche's most renowned philosophical ideas that I have researched, and the ways in which Hitler twisted them to suit the Nazi ideals.


The Will to Power was the first book by Nietzsche published in 1901 after his death, assembled by his sister Elizabeth. It's a model to explain human behaviour and the driving force of man: ambition for achievement and attaining a higher position.
His overall idea is that all creatures are driven by a desire to express their essential nature, seek dominance over others and perpetuate the expression of their own ‘type’. This may take a physical form (such as the dominance of stronger animals over weaker ones) or an intellectual form (such as the attempt of philosophers and founders of religion to control the way others see the world through systems of thought).

Nazi intepretation
Within Nietzsche's book, there are arguably various sections suggesting that he was in favour of eugenics and breeding a master race. The Nazis drew a more biological interpretation from this that can be seen as parallel to social Darwinism, also known as ‘survival of the fittest’; the Nazis applied this theory to fit their brutal ideas of overpowering ‘mongrel races’ and ‘undesirables’.
The Nazis also drew influence from The Will to Power to justify their territorial quests and their ‘will for power’ to take control over neighbouring countries. The phrase was adapted metaphorically for the Nazi ambition to expand territorially, also known as Lebensraum.
“Above all, [Nietzsche] denounced the corruption of German “spirit” by the new practitioners of power politics. Hence it was one of the worst Nazi distortions of Nietzsche’s philosophy to claim that his notion of “the will to power” was consonant with what was being advocated in the Third Reich”.

Becoming the Ubermensch is a goal; it is what man should strive to become. Nietzsche thought than man was an incomplete piece of work, waiting to become more than just man. To do this, man has to reject Christianity and install his own set of values which go ‘beyond good and evil’. We have to be able to look the truths of pessimism in the face and still say ‘yes’ to life. Overall, Nietzsche’s basic intention is to suggest a progression beyond the current concept of man.
Part of becoming the Ubermensch includes 'philosophizing with a tuning fork': you see all of the ideas that society has put up (such as science, God or Shakespeare) and look at them for youself. Hit them with a tuning fork and if it rings true, then keep that value, that idol. If not, then smash that idea so then you know what you should believe in.
You also have to learn to love your fate. If you look at your life, examining every single moment (particularly the suffering) and you welcome it in and purge yourself of feelings of resentment and guilt and learn from it, that is the Ubermensch.
Another interpretation of this concept is by Alain de Botton. He believes that the Ubermenschen are rare people who have lived a life of fulfillment by surpassing themselves with art, literature and music. He refers to people who are rich and influential, individuals of high-class German society.
The denial of religion is particularly important - "the Ubermensch would overcome the need for God, which Nietzsche saw as a dead concept."

Nazi interpretation
During their 11-year rule, the Nazis expropriated Nietzsche’s concept of the Ubermensch to suit their philosophy of Aryan supremacy. As well as being racially pure, the Ubermenschen (Supermen) of Germany were to be racially superior to all other races and ethnicities - this meant Slavs, Poles, pretty much all other ethnicities other than Northern-European ones. A ‘racial ladder’ was produced by Alfred Rosenberg, a key Nazi philosopher, whereby German-Aryans were at the top of all types of Nordic-Aryans and at the bottom were ethnic blacks and Jews - these were called Untermenschen - under-humans/sub-humans.
These Untermenschen were to be increasingly mistreated: passing Nuremberg Laws against the Jews, Kristallnacht, and eventually the Final Solution (Holocaust). Other laws were made to attack the ‘undesirables’ (tramps, homosexuals, the disabled, etc) of Germany who were seen to be ‘weakening the German race’, including laws passed to sterilize them and euthanasia campaigns.